When Mad Media began the re-launch of the Jessup Griptape brand in 2006 we wanted to introduce the brand to a new generation of skateboarders in a way that was meaningful. Rather than just showing the typical action shot of a skateboard trick we focused on the relationship between the skateboarder and his skateboard. Everybody sets his or her board up slightly differently. We captured skateboard pro PJ Ladd setting up his board right before he goes out to skate. The ad creative emphasized the process of putting on griptape while setting up a board, something every skateboarder does. “I was really impressed with how well these intimate photos convey the connection between Jessup Griptape and skateboarding. We are thrilled with the campaign.” – Bud Smith, Jessup Manufacturing. 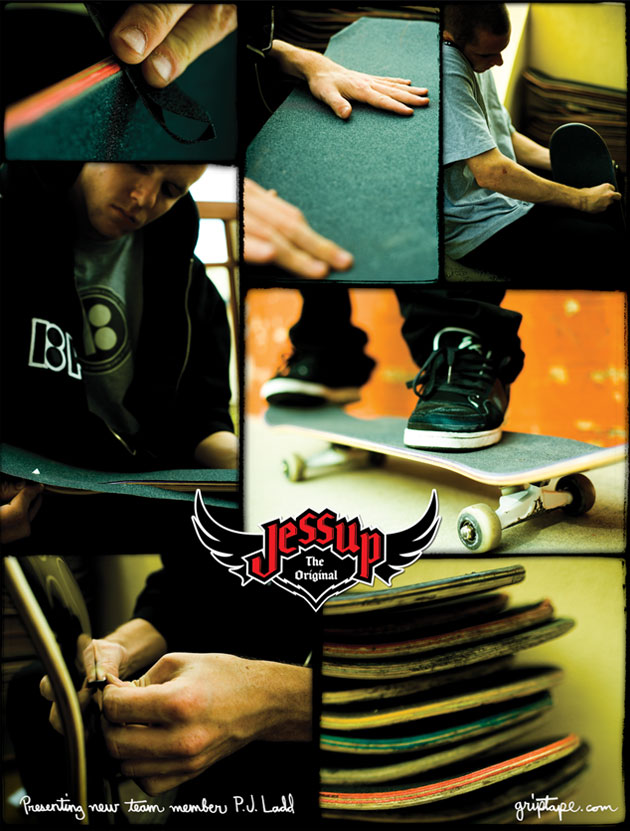