The Chronicles of Bebo

Mad Media has been documenting off-road desert racer Andy McMillin for nearly three years. During the 2006 season Andy was teamed up with NASCAR legend Robby Gordon. His season was a series of highs and lows as they struggled to stay in the running for an overall championship win. Fans of Andy and Robby were able to follow the race-to-race drama and action unfold through our series of viral web films, hosted on the Andy McMillin website that we designed and manage. Andy and Robby scored the biggest win in North American off-road racing by winning the SCORE-International Baja 1000 race. Shortly thereafter, we released The Chronicles of Bebo – which is a first hand look at the entire 2006 season – including behind the scenes footage of private testing sessions with the McMillin race team. We received outstanding reviews from fans and publishers in the off-road community. Chronicles was shot on location in Arizon, Nevada, California, Baja California – Mexico using Panasonic HVX HD cameras and Arri Super 16mm film cameras. Post was completed at Mad Media using Apple’s Final Cut Pro Studio, Adobe After Effects, Digidesign Pro Tools and DVD Studio Pro. 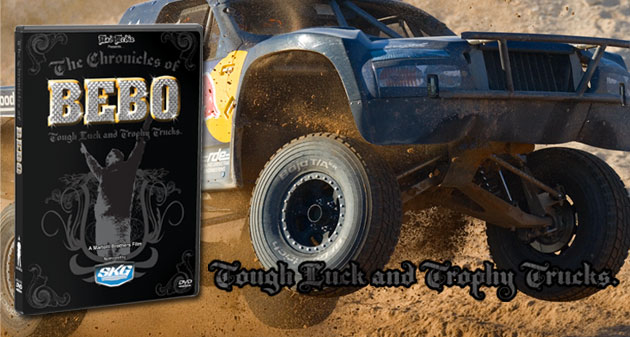