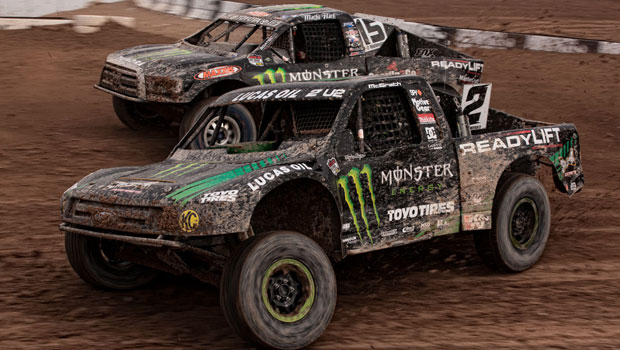 The monster energy off-road championship team is back from a dominating 2010 performance, ready to crush 2011! They’ve added two new team members to the army this season, which now consists of Pro-4 champions Rick Huseman and Johnny Greaves, Pro-2 star and motocross legend Jeremy McGrath, Pro-lite champion Marty Hart in the Pro-2 class, and returning Pro-lite champion Casey Currie. Super Buggy champion Cameron Steele had been moved to Pro-lite as well, making the team the most seasoned and dangerous in the entire sport of short-coarse off-road racing. Off-road race fans are in for a wild season, as the most dominate team in off-road continues to steamroll the competition and head straight to the podium.