Mad Media Wednesdays: Jesse Jones is the King of Baja! 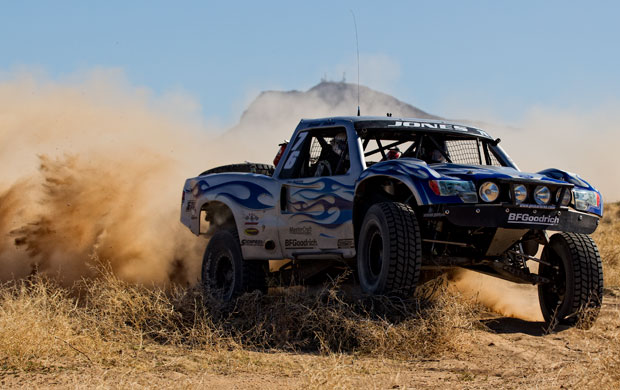 We kick off the first Mad Media Wednesday, with a feature on one of the most under rated off-road racers in desert racing, trophy truck champion Jesse Jones. He’s not flashy or loud, and he doesn’t have a big sponsor, but he’s been standing on the top of the podium more and more lately. After securing the 2010 SCORE Championship, Jesse gave a command performance in January and battled upstart Bryce Menzies at the SCORE Laughlin Desert Challenge, taking second place overall by less than a minute. Shortly after he clawed his way from seventh place to win the Best In The Desert Parker 425.  With the San Felipe 250 about to kick-off, I’m putting my money on another top three finish by Jesse.  Here’s a look into how Jesse has become one of the most consistent finishers in desert racing.

Song Info:
“In Case You Forgot” by Deception of a Ghost
Available on Bullet Tooth Records