When Ken Block threw his flat-brimmed hat into the World Rally Championship ring earlier this year, expectations were mixed. But three weeks ago, at Rally Mexico—Monster World Rally Teamʼs inaugural WRC race—Ken Block and Alex Gelsomino proved that they have what it takes to become a competitive force on the world stage.

“We even surprised ourselves, when, after the first few stages, we were not only not dead last, but we were keeping pace with a few veteran WRC drivers, and even ahead of F1 World Champion Kimi Räikkönen,” says Ken Block.

By the end of the first leg, on Friday, Block and Gelsomino had secured a position on the leaderboard for the American flag to fly. Unfortunately, an off on the first stage of Day 2, left the Monster Energy Ford Focus RS WRC unable to continue. “It was a rookie mistake,” says Block. “We should have noted the change in surface, the section went from a grippy dirt road to very loose gravel and there was just no traction at all, especially for the speed we were trying to carry into the next turn.”

Thanks to SuperRally rules, which allow competitors to return to the stages the following day along with some heavy time penalties, Block and Gelsomino were at it again on Sunday morning. The two put on a repeat performance of Day 1, finishing stage 19, eighth fastest, with a 13.7 second gap between them and ninth place. Then, on stage 21, the Monster World Rally Team shocked naysayers once more, being second fastest on the road after the first split. But, a puncture caused by an unfortunate meeting of rim and rock later on this stage, robbed Block and Gelsomino of over a minute. 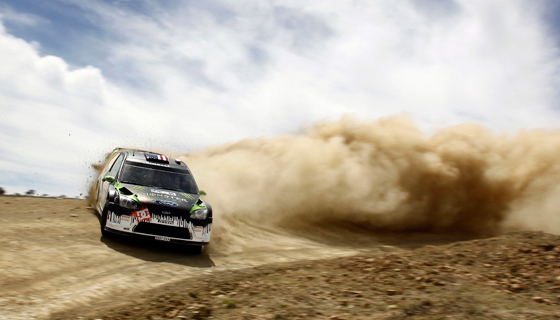 “In the WRC, we had heard of Ken Block, but more for his stunts than his driving, but after his performance in Mexico, I think it is very clear to everyone that he has the potential to become a competitive WRC driver,” says M-Sport Managing Director Malcolm Wilson. “For his first WRC event, he did extremely well.” 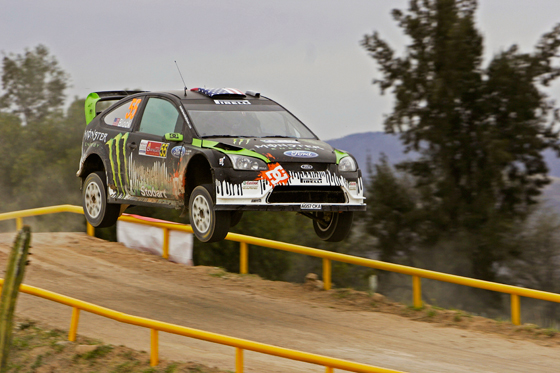 “Ken is shining a bright light on what we at Ford have always known…that Ford makes the best fun-to-drive small cars in the world,” says Ford Racing Director Jamie Allison. “Ken’s rally efforts globally with Fiesta and Focus help us to tell that story to a new generation of car enthusiasts and it’s great to see Ken, as the lone American, competing at the highest level in WRC and showcasing his great rally talent. All of which will help expand the appeal of the sport in the U.S.”

The next WRC round for MWRT will be Rally Turkey, on April 16-18. Until then, follow the team at monsterworldrallyteam.com