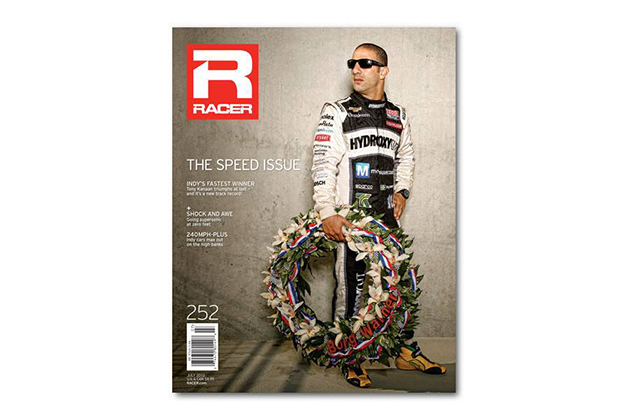 Racer Magazine covers F1, IndyCar, NASCAR, ALMS, Grand-AM, NHRA, SCCA, WRC, MOTOGP and more. But in the Jul7 ’13 issue there is a four-page article on BJ Baldwin and desert Off-Road racing – highlighting the sport, and BJ’s accomplishments behind the wheel. The layout features quotes by Mad Media’s CEO and Creative Director, Matt Martelli – AND stunning photography by Mad Media’s Director of Photography, Vincent Knakal.  The article was written by long-time racing connoisseur and Mad Media cohort Eric Johnson, who has been working in motorsports for decades. Eric taped Matt and Mad Media for some veteran insight into the sport, and a particularly awesome photo created by Vincent Knakal – of the inside of BJ’s trophy truck – seemingly in mid-competition. 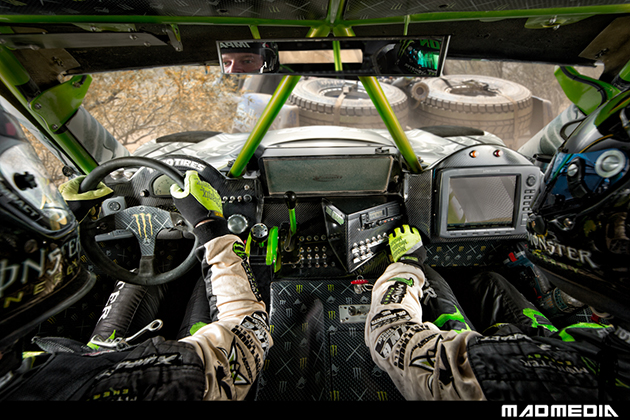 “The photo we created for the spread is an interior, forward facing shot that highlights what the driver and co-driver of a trophy truck see when racing,” said Vince. “We carefully cut in an existing action shot – and the result is pretty awesome. Granted there’s a lot less dirt and dust in our photo than reality – but you get the idea. These guys have to monitor dozens of gauges, watch a GPS, try not to hit anything on the road like boulders, trees, and other race cars…all while doing 140mph over 4 foot whoops. That’s pretty remarkable.”  The Racer article has received fantastic feedback online – even from die hard asphalt racer types. Look for more crossover content from Mad Media throughout 2013 as we strive to promote off-road racing to the world!