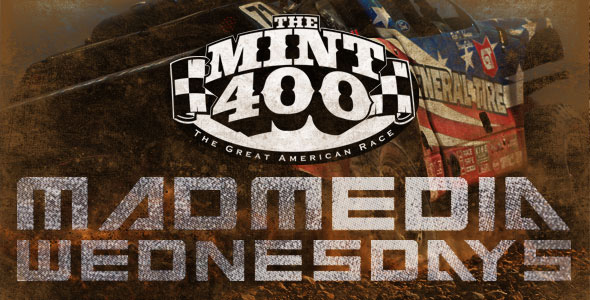 A race is a race right?  Unless that race is the oldest, most glamorous race in America!  The General Tire Mint 400 has been raced by rockstars, celebrities, and world class racers alike.  Taking place just north of Sin City, Las Vegas, NV, The Mint has something for everyone.  For the racers it is the toughest race course in America, and for the fans there is fantastic spectating, as well as a chance to meet the racers and view their awesome race vehicles on display during contingacy on Friday at Fremont St. So pack your bags and come out to “The Great American Race.”  You are guaranteed to have a ton of fun!  The Mint 400 takes place in Las Vegas, March 24th-26th.