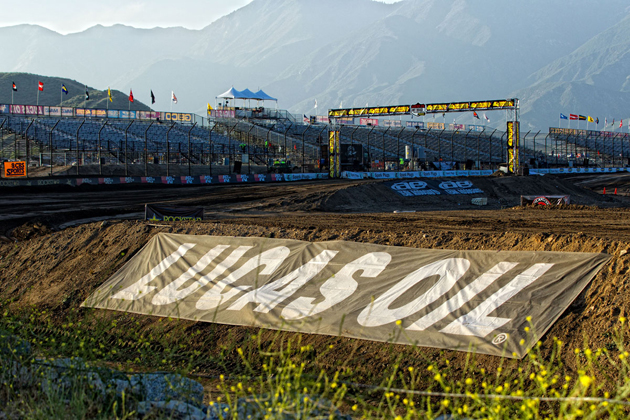 The newly expanded stands were packed full of Southern California race fans eager to witness the ultimate form of off-road racing. The weather was perfect, not a cloud in the blue sky. The stage was set for some epic battling on the ultra technical Glen Helen short course off-road track. The Monster Energy off-road team once again showed up in force with Rick Huseman in Pro-4, motocross legend Jeremy McGrath in Pro-2 and Casey Currie and Cameron Steele both in the ever growing Pro-Lite class.

Leading the attack would be current Pro-4 champ and points leader Rick Huseman, as he had top qualifying times and dominated his races for the majority of weekend. On Saturday, Rick held the lead until the restart where veteran Carl Renezeder was the only racer capable of getting past the Champ. Rick still managed to hold 2nd despite having a broken shock. On Sunday, after getting spun, Rick fought his way back up through the entire field. Huseman finished 2nd on Saturday and 3rd on Sunday. Although he did not end up at the top of the podium, Huseman put on magnificent performances passing more vehicles than any other driver in one class all weekend.

In Pro-2, Jeremy McGrath would have a challenging weekend. On Saturday, McGrath started mid-pack and quickly got caught up in traffic and consequently was stopped due to mechanical failure. On Sunday, McGrath got his race legs as he made a charge up through the field up to 3rd place by the mandatory caution/restart. Shortly after the mandatory caution/restart, McGrath succumbed to mechanical failure and pulled off the track.

In Pro-Lite, Cameron Steele and Casey Currie both continued to struggle with mechanical issues. Casey blew an engine in qualifying on Friday and then switched trucks to his V-8 for Saturday’s race and blew that engine as well. Cameron lost and engine as well midway through the race forcing him to retire. On Sunday, Cameron Steele started out front in what seemed to be the start to a great race until contact caused a flat and forced him into the hot pits midway through the race, placing him in the rear of the chaotic Pro-Lite field. Both Cameron and Casey managed to cross the finish line severely limping.