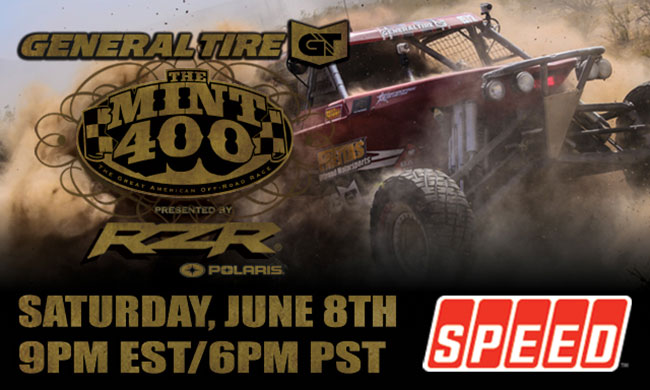 The 2013 General Tire Mint 400, presented by Polaris – will premiere on SPEED Channel, Saturday June 8th at 9pm EST / 6pm PST. This special two-hour primetime television show captures the most dynamic and thrilling off-road racing on the planet – at the most prestigious and challenging off-road race in America. This year, over 250 race teams battled the brutal four-hundred mile Mint 400 desert racecourse. The competition was fierce and full of drama, suspense, and back and forth clashes in all twenty classes of vehicles – from the fast growing Pro UTV Class, all the way up to the million dollar Unlimited Trophy Trucks. The overall lead changed seven times, and less than half of the competitors finished the destructive and punishing race. 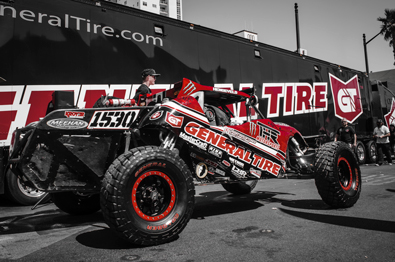 2013 marks the sixth consecutive year that General Tire has returned as the title sponsor of the Mint 400, since helping resurrect the race in 2008. They are the official tire of the Best in the Desert Championship, and remain dedicated to supporting off-road racing. “We can’t thank General Tire enough for their support this year,” said Mint 400 CEO Matt Martelli. “This race is THE marquee event in American off-road racing. We are reaching millions and millions of race fans during The Mint race week – and our new 2-hour television format is going into 78 million homes on SPEED. With help from General Tire, we’ve built the most dynamic and entertaining off-road television show on the planet.” 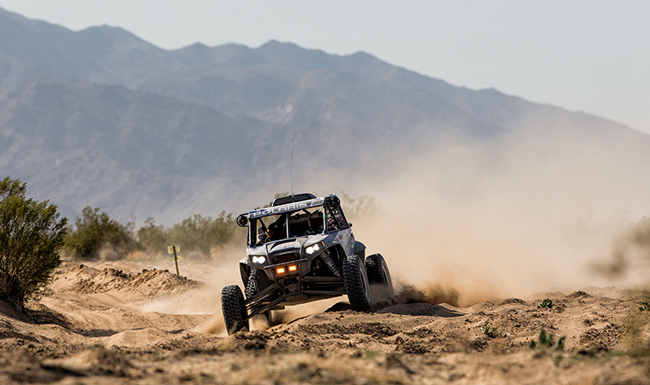 Polaris Industries became the official presenting sponsor of The 2013 Mint 400 earlier this year, allowing the group to expand the size of the race course, and the television coverage. “We are thrilled to have Polaris as a presenting sponsor,” said Mint 400 COO Joshua Martelli. “Pro UTV is one of the most important classes in the sport, and Polaris has demonstrated an unprecedented amount of support for off-road racing.” This is the second year that UTV’s have competed at The Mint 400, and the second year that Polaris factory back Jagged X Racing have attacked the illustrious course. Polaris dominated the podium this year – taking home first, second and fourth place finishes in the Pro UTV Class and first in the Sportsman UTV Class. 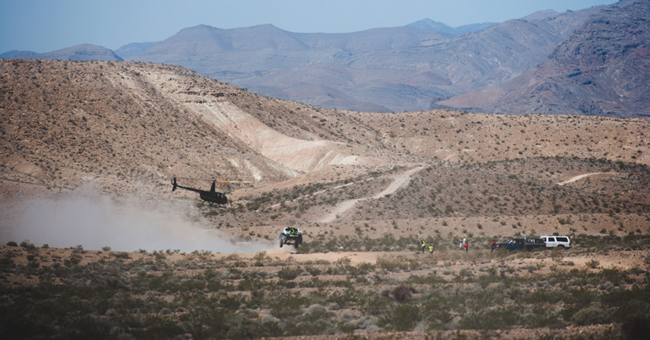 Directed by The Martelli Brothers, and produced by Mad Media, The Mint 400 television show has become the premiere off-road racing television event of the year. The legendary race is shot almost entirely in stunning 4K resolution and produced annually by Mad Media at their San Diego headquarters. The show is broadcast on SPEED Channel to 78 million homes and re-airs an average of eight times throughout the year – making it the most watched desert off-road racing program in North America. The Mint 400 TV show is cut into an extended documentary film, and made available on iTunes each year as well.