The Great American Off-Road race returns to fabulous Las Vegas, Nevada March 20th through the 24th! Over one thousand of the best off-road racers in the world, and twenty thousand plus off-road racing enthusiasts will descend upon Las Vegas to race, spectate, and party during the four days of festivities surrounding The Mint 400.

The world-renowned General Tire Mint 400 presented by Polaris, begins Wednesday March 20th and will continue through Sunday March 24th. Part of “The Best in The Desert Championship Series”, The Mint 400 is completely free and open to the public, and will feature racers from every continent, competing in twenty-one different classes of race vehicles across 400 miles of brutal Nevada desert, for the chance to earn the coveted Mint 400 Class Championship, cash and prizes!

“The General Tire Mint 400 presented by Polaris, has quickly grown to be the largest off-road race event in the world! Off-road racing is the most dynamic motorsport on the planet, and we have the best off-road racers coming to do battle, in some of the roughest and most brutal terrain anywhere. We have tens of thousands of fans, multiple parties, and contests… We have the Miss Mint Competition, celebrity racers, a fantastic two-hour TV package with SPEED, and live tracking and web coverage with race-dezert.com (the largest off-road racing website in the world). This isn’t just an off-road race, it’s a cultural event!” said Mint 400 CEO Matt Martelli.

On Thursday, the festivities continue on historic Fremont St. East, with a driver meet & greet at 4:30pm. Drivers will sign autographs, take photos, and allow fans to get up close and personal with their amazing race vehicles. Later Thursday night, sixteen of the top off-road pit crew teams in the world, will compete head-to-head in the Mint 400 KMC Wheels Pit Crew Challenge, for a chance to win thousands of dollars in cash and prizes.

Following the Pit Crew Challenge, the 2013 General Tire Miss Mint 400 Competition will begin. Ten lucky Miss Mint Finalists will take the stage for a final round of judging to determine who will be crowned the 2013 General Tire Miss Mint 400 – and join the ranks of world famous models and actresses such as Vanna White and “Wonder Woman” Lynda Carter! Thursday’s festivities will continue late into the night, starting at 9PM with The General Tire Mint 400 VIP Party at Gold Diggers Lounge inside The Golden Nugget  and the KMC Wheels Pit Crew Challenge Party at Commonwealth on 6th and Fremont beginning at 10PM!

CONTINGENCY:
The world-famous Mint 400 vehicle parade, know as “contingency” starts Friday March 22nd at 9am. More than three hundred custom off-road race vehicles will be pushed slowly down Fremont Street, giving fans a chance to see, touch and take picture with the incredible race cars and their drivers! There will be a ton of new off-road racing products and merchandise available for purchase from the industry’s best manufacturers, as well as a swap meet for buying and selling new and used equipment and parts. 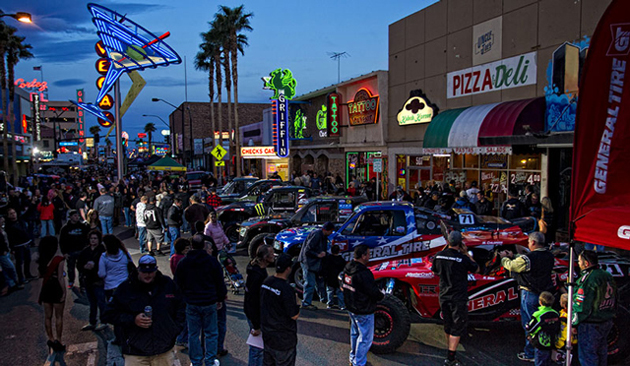 New 2013 Official Mint 400 merchandise will be available on Freemont Street near the entrance to contingency, including t-shirts, hats, stickers, patches, belt buckles and DVD’s. This years contingency will also feature the “NORRA Show and Shine”, a vintage off-road vehicle show, that will feature some of the coolest historic off-road cars ever built!

RACE DAY:
The 2013 General Tire Mint 400 presented by Polaris, will take place Saturday March 23rd in Jean, NV just South of Las Vegas. The racing will begin with the “Limited” vehicles at 7:00 am and continue with the “Unlimited” race beginning at 1:00pm. The race for both classes will run late into the night and into the following morning. This year’s Mint 400 will feature the largest spectating areas, of any off-road race – specifically designed to highlight the capabilities of the incredible off road racing vehicles. 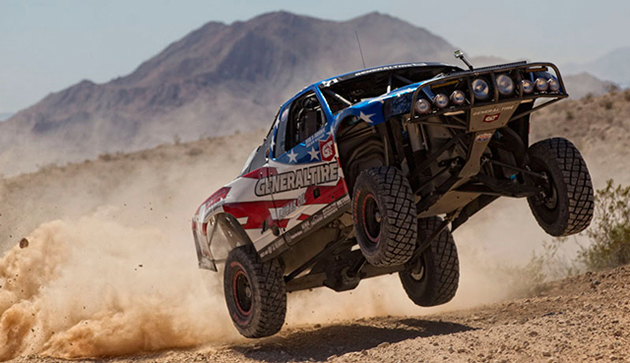 Come bring your friends and family to witness the high-speed bumper-to-bumper off-road action first hand. Spectating for The Mint 400 is completely free and open to the public. Maps, directions, and guidelines on spectating will be available at www.themint400.com. The Mint 400 Staff and BLM Staff will be onsite to help guide the more than twenty thousand spectators expected to attend.

MARKETING + TELEVISION COVERAGE:
2013 marks the return of Mad Media as the exclusive marketing group and television production team for The Mint 400. Mad Media was hand picked by General Tire to cover the 2010 Mint 400, and they have produced television coverage – with accompanying DVD and digital programming for iTunes, for the past four years. 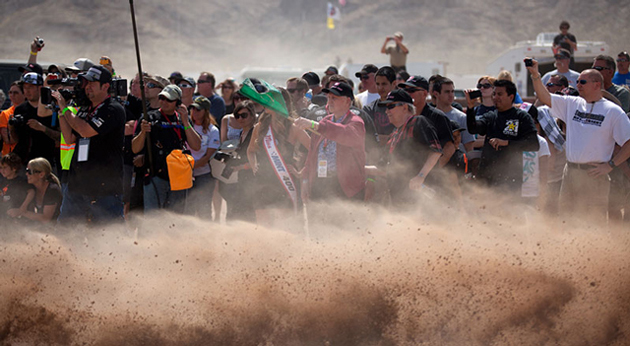