Waylon Kennel with the San Diego crew (Rick Slaton, Casey Ryan, and Pat Speight) in San Jose, CA at his Strikeforce debut. Waylon went into the first round swinging. It was a spectacular back and forth fight with lots of striking and jiu-jitsu. Near the end of the first round Waylon was mounted and unable to defend due to exhaustion, and the ref stopped the fight with 11 seconds to go. On 2 weeks notice it was a hell of an effort. I can safely say it was the best undercard fight of the night. 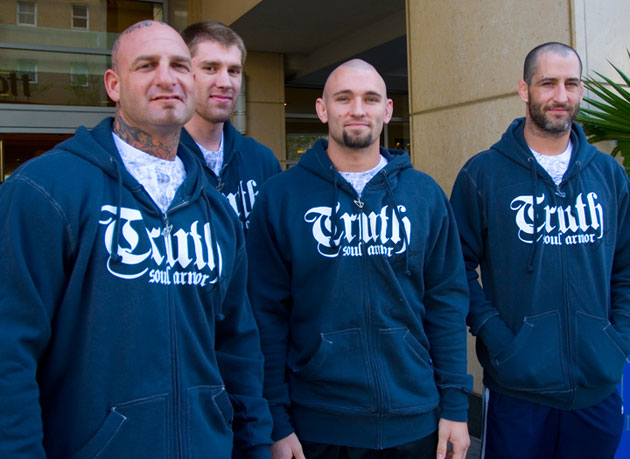