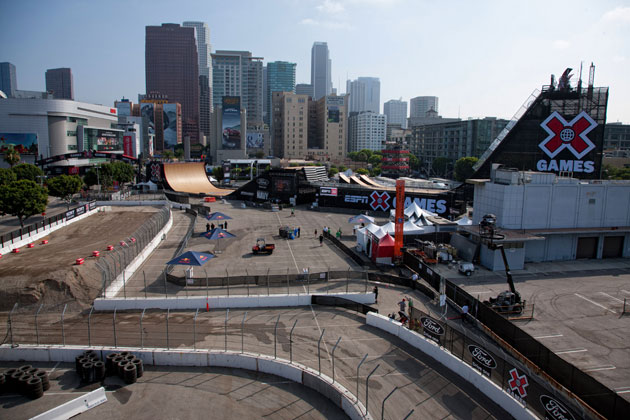 X Games 17 was a blast! Rally racing on the streets of LA, what more could you ask for! We got a chance to shoot WRC champ Marcus Gronholm, European Rally Cross phenom Liam Doran, Tanner Foust, Ken Block, Travis Pastrana, Dave Mirra, and a host of other top rally competitors as the all banged doors for their chance at X Games gold. In the end it was Liam Doran and Brian Deegan who held gold medals from the two days of racing. Check out the bangers Vince captured.