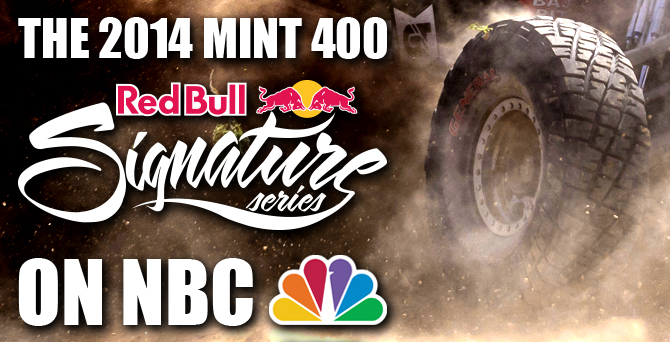 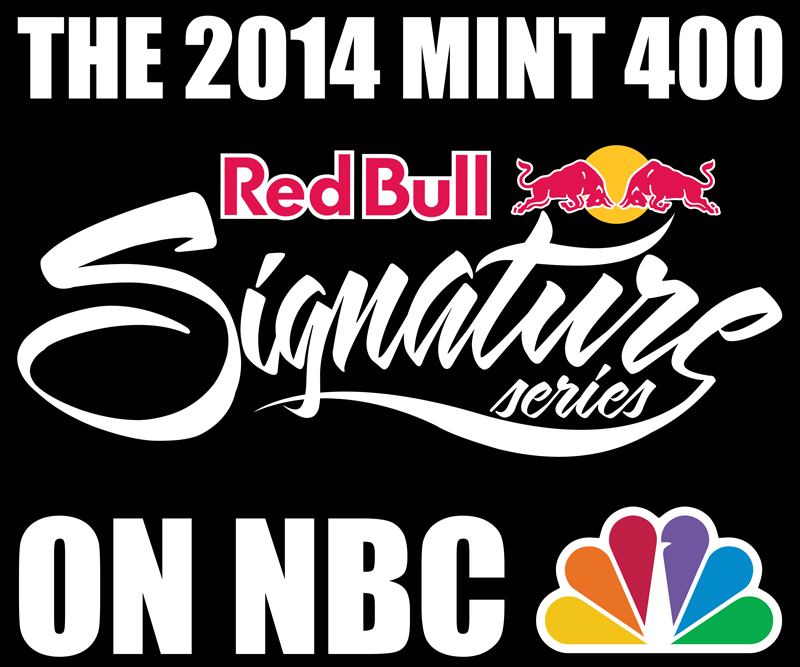 “This is an incredible milestone for the sport of off-road racing,” said Joshua Martelli, COO of The Mint 400. “In addition to the over 60,000 spectators at the event itself, we now get to share The Mint 400 with over 110 million homes in the US. The broadcast will allow fans nationwide to experience the exciting battles that take place between the top off-road racers on the planet. That has been our goal from day one, to make the Mint 400 into the Super Bowl of off-road racing.” 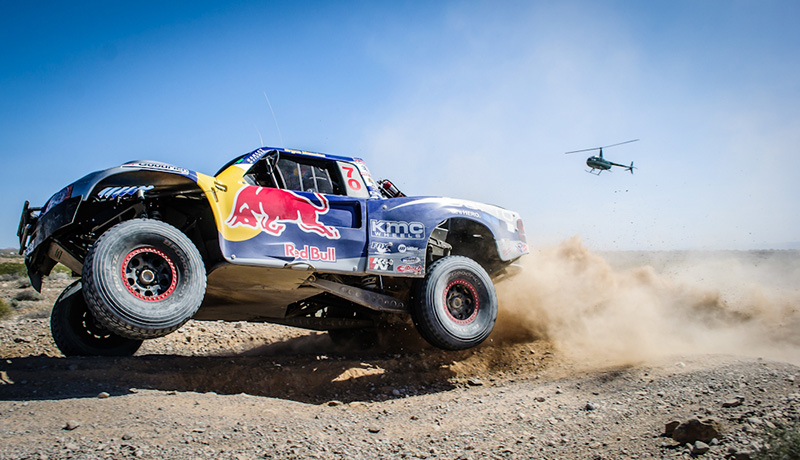 Mad Media will return in 2014 as the production team behind The Mint 400 broadcast for the fifth consecutive year. They are best known for producing the first three Gymkhana films, and most recently the “XP1K” project for new Red Bull Signature Series sponsor Polaris RZR. In addition to their widely successful branded viral video work, they produced coverage of the 2013 Pikes Peak International Hill Climb.

The Red Bull Signature Series is the most progressive action sports property in the world. For more information, please visitwww.redbullsignatureseries.com.

The Mint 400
Known as “The Great American Off-Road Race“, The Mint 400 is the oldest, roughest, most spectacular off-road race in America! This 400-mile off-road marathon was started in 1967, and remains an important part of American racing history. Thousands of racers and celebrities from around the world have competed at The Mint – and it draws nearly 300 race teams, and 60,000 spectators annually to Las Vegas, Nevada – to compete in over 20 classes of race vehicles. The Mint 400 is owned and operated by The Martelli Brothers, and is part of the Best in the Desert American Off-Road Racing Series. Television coverage of the annual event is produced by Mad Media and broadcast to Millions of homes.