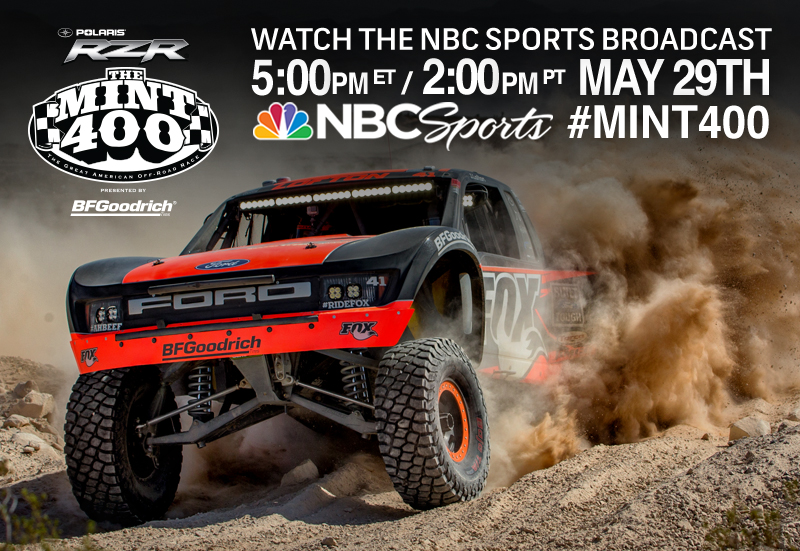 The two hour show will premiere on NBC Sports this Sunday, May 29th at 5pm EST / 2pm PST. 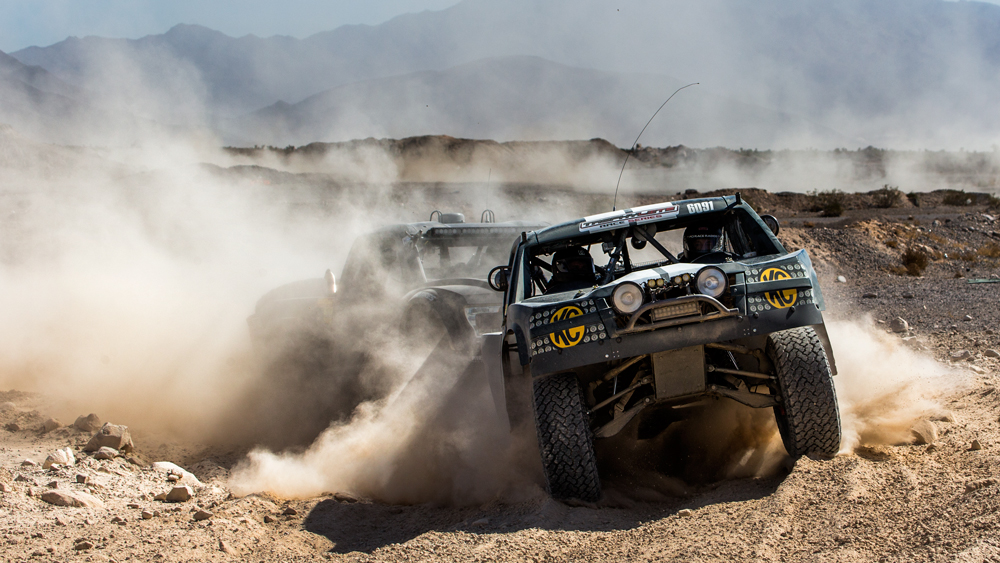 “There are so many amazing stories in our sport and last years Mint 400 was no exception,” stated Mad Media COO and Co-Director, Joshua Martelli. “That’s the great thing about off-road culture. We have 350 race teams in twenty-five classes all competing for the win! To share those epic battles we’ve developed our own unique, documentary-style approach to covering the race. Our show dives deeper into the stories that unfold, while showcasing these world class racers using stunning cinematography. It’s pure eye candy with good narratives and amazing off-road action. We give love to everyone who races from the little homegrown teams to the elite classes. After all, off-roading started with VW bugs and Jeeps, we can’t forget where we come from.” 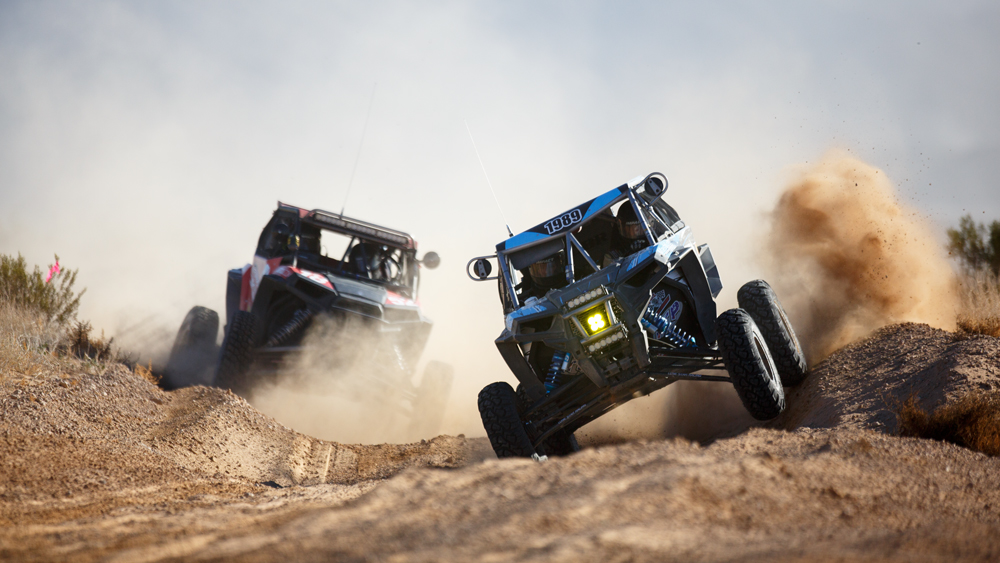 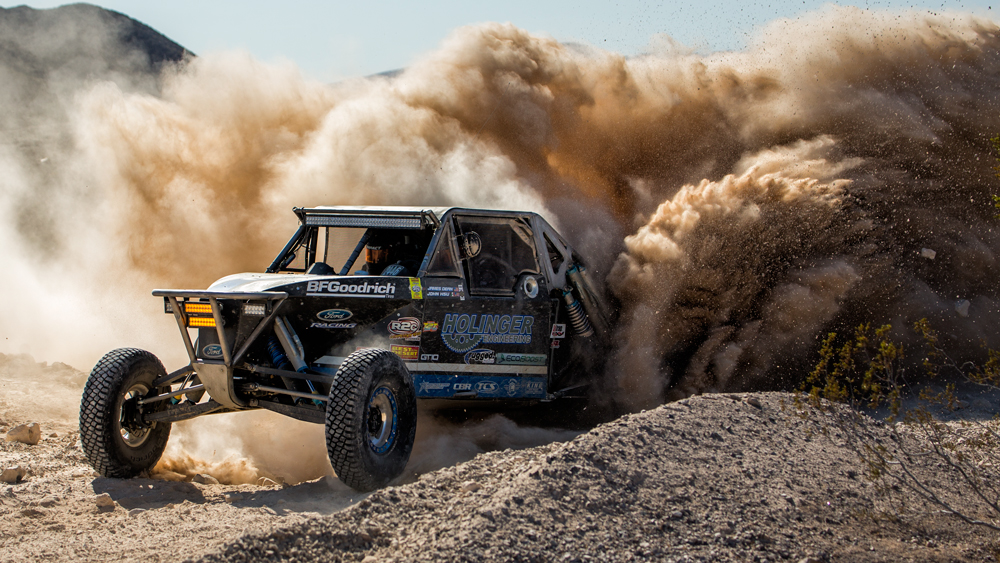 The Mint 400 program features the spectacular Mad Media style of (stunning) cinematography and authentic storytelling. Led by the directing team of “The Martelli Brothers”, Mad Media’s team of over seventy crew included ten of the best cinematographers in the business, who utilized a variety of cinematic tools including two cineflex helicopters, RED camera systems, drones, and hundreds of GoPro cameras to capture all the action. The Mint 400 program is the most advanced TV production in off-road. The Mint 400 TV show has been consistently airing on network television since 2010, reaching hundreds of millions of people in the United States, as well as a massive online impact. 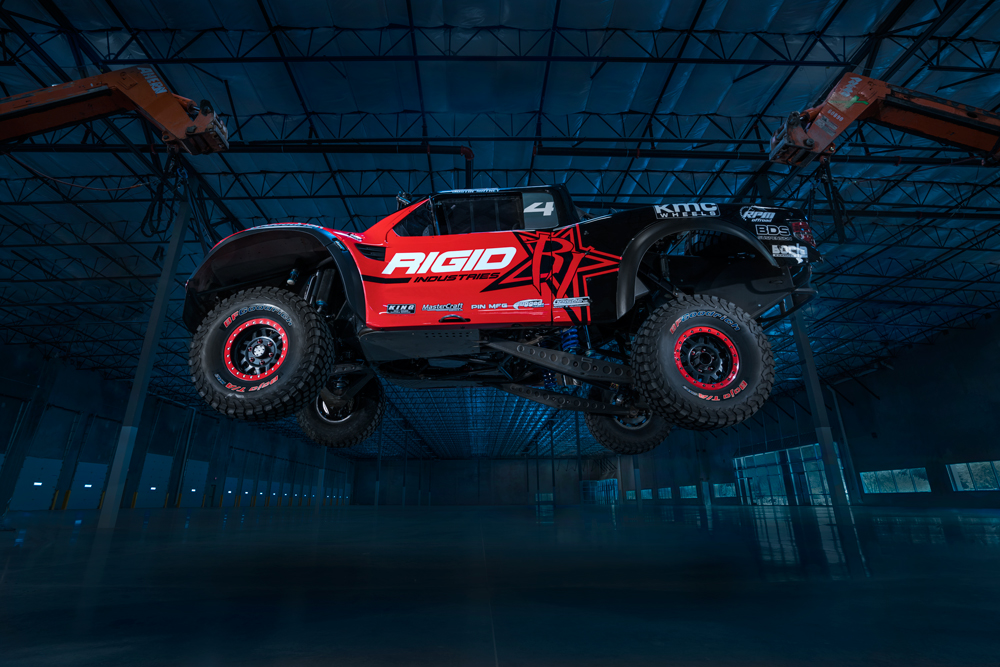 “We’re thrilled to showcase The Mint 400 on the NBC Sports Network for the second year in a row. They have lot of incredible programming, including NASCAR, Formula 1, Global Rallycross and Motocross, that we want to be in the middle of,” commented CEO and Co-Director, Matt Martelli. “They have a growing reach of over 80 million homes and that’s the type of exposure the sport and industry of off-road needs right now.” 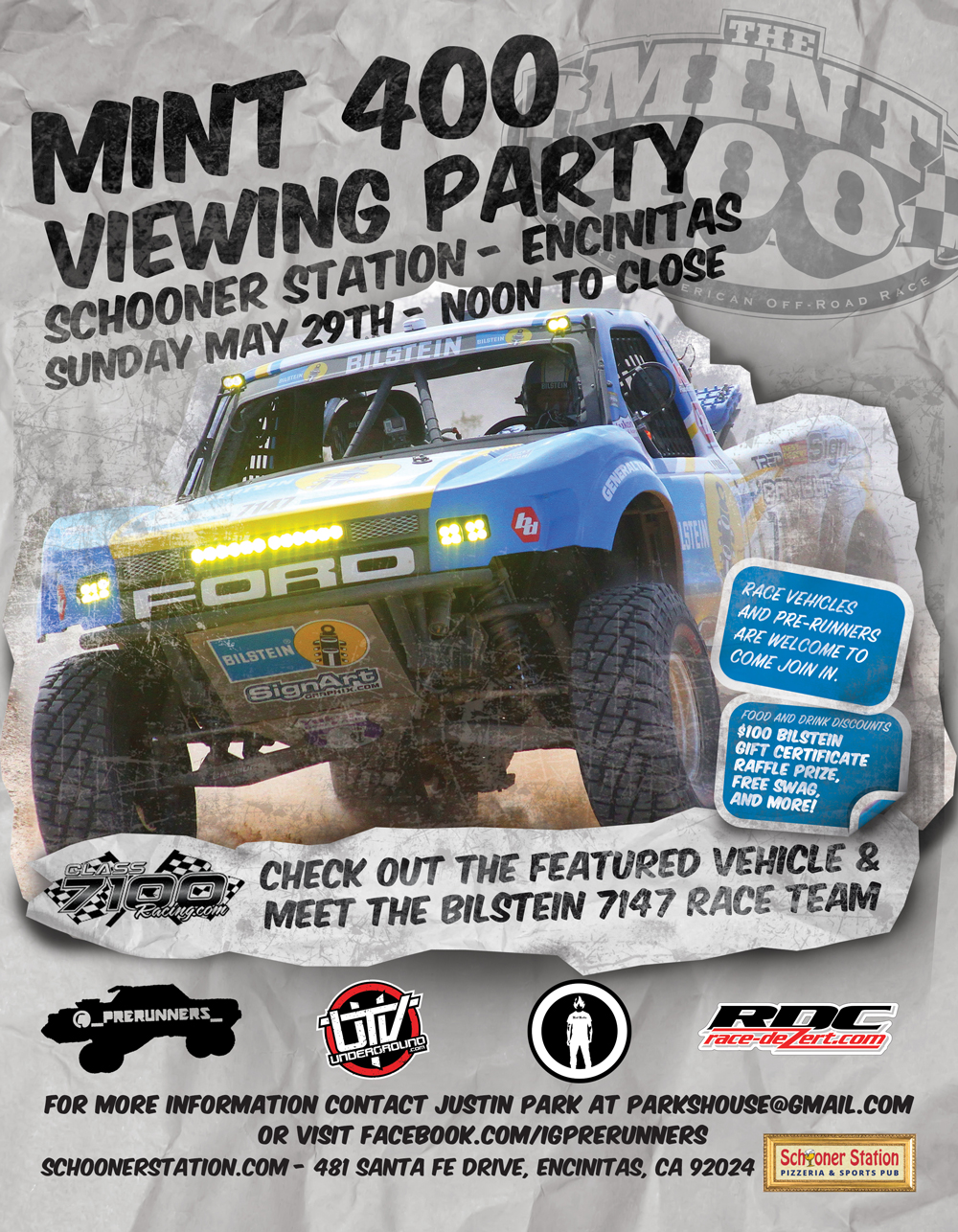 Are you in the Southern California area? Join us on Sunday, May 29th with your family and friends at The Mint 400 Viewing Party! Check out the featured 7100 vehicle & meet the Bilstein #7147 Race Team! We will have food and drink discounts, raffle prizes, swag and MORE!! All prerunners, jeeps, and offroad vehicles are welcome – bring your race vehicle early. For more information, contact Justin Park at Parkshouse@gmail.com or visit Facebook.com/igprerunners.