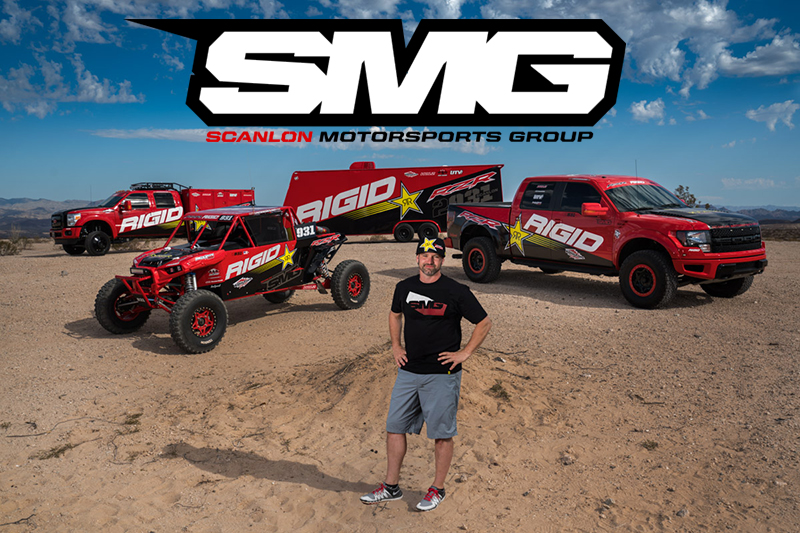 “This race team is the culmination of 9 years in off-road, 5 years of professional racing, and the encouragement and support of countless people across the sport. I am proud beyond words to be lining up with the best family, most prepared team, a nd best sponsors.” stated Craig Scanlon, Owner / Driver Scanlon Motorsports Group

Scanlon took an all-in approach to building the Scanlon Motorsports Group. No detail was spared, the SMG team worked diligently to not only assemble a program with the best equipment but also to be prepared to come out of the gate and compete at a high level. Scanlon knows what it takes to win, he knows to be successful you need the combination of a superior race vehicle, a knowledgeable and experienced team, and an equally experienced roster of drivers & co-drivers. Scanlon will handle the majority of all driving duties with longtime co-driver Keith Redstrom handling the bulk of navigation. Veteran off-road racer Alan Kleinemas will act as SMG Crew Chief and will oversee the race prep and logistics for the team.

“Being prepared is important to me and the entire SMG team which is why we set out to build proper chase equipment, a proper pre-runner, and of course an unbelievable race vehicle. Having the best machinery and a solid team in theory means all we need to do is go out and do our job as drivers and crew,” stated Craig Scanlon, Owner / Driver Scanlon Motorsports Group. 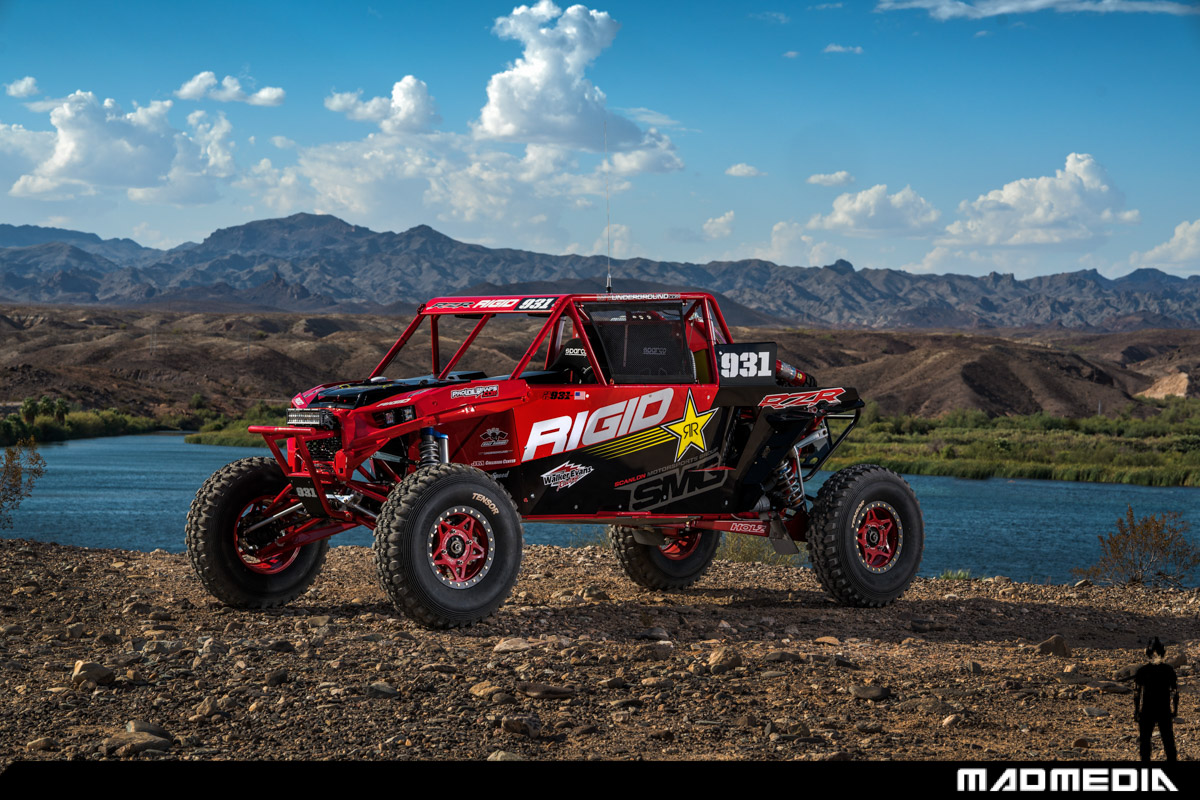 SMG relied on the talents and knowledge of Mark Holz at Holz Racing Products to build what many believe to be the most advanced race RZR ever built. Holz and his team converted a Polaris RZR XP-4 Turbo into a lightweight and powerful two-seat race machine that at first glance resembles more of a class-10 race vehicle then a UTV.

RIGID Industries has come on board to not only turn the night into day with their industry-best LED off-road lighting, but will also represent as title sponsor over the SMG program. Scanlon’s relationship goes back many years with RIGID co-founder Taylor Anderson who welcomed the SMG team in with open arms. SMG joins a stacked roster of competitors who represent RIGID Industries in multiple disciplines of off-road racing. 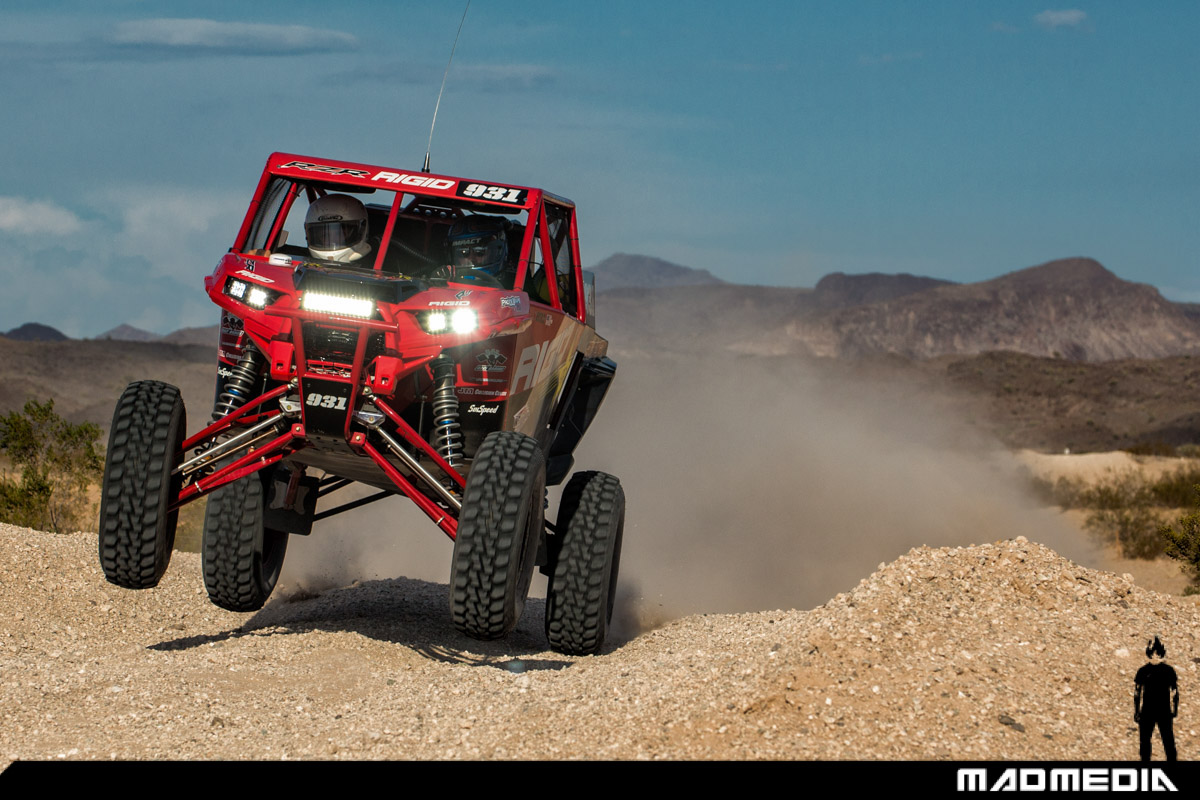 “Joining the RIGID team and having them title sponsor our race program is a total honor. We share the same goals and visions for winning and I am beyond thrilled to have their support as we compete to earn a 2017 Best In The Desert Championship. As much as we all want to go out and just race we still have to approach this from a business perspective, representing RIGID at the highest level both on and off the track is a top priority for SMG. We intend on using our race program as an asset for RIGID and for all of our sponsors as we look to build long term relationships, not just sponsorships,” stated Craig Scanlon, Owner / Driver Scanlon Motorsports Group. 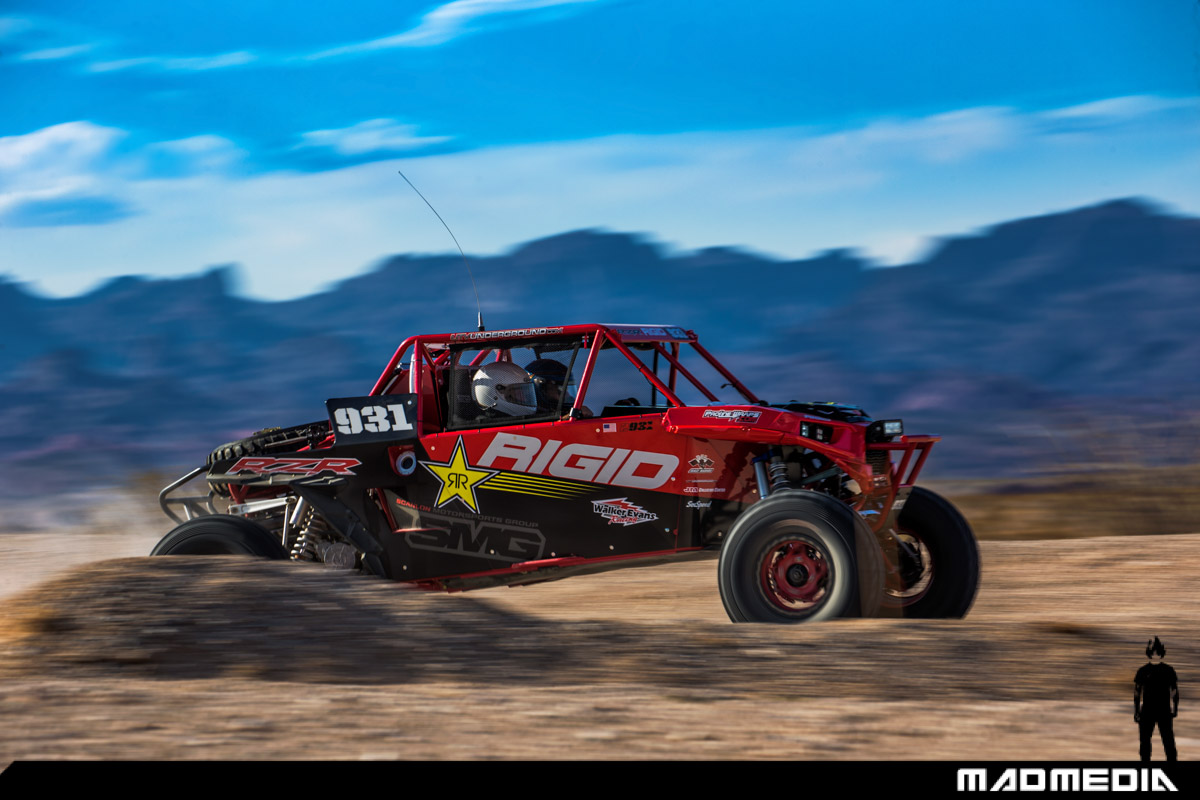 Scanlon will compete as an official Rockstar Energy athlete for the entire 2017 race season. Rockstar will also co-title sponsor the SMG program and will play a large part in the team’s activation schedule. Rockstar is a powerhouse in action sports and also sponsor fellow Polaris RZR teams such as RJ Anderson’s RJ37 program and the UTV Wolfpack. Rockstar’s reach spans the globe, SMG plans to activate heavily around the company’s ever growing following and put UTV off-road racing in front of millions who may not have otherwise paid attention.

Other top industry brands have also joined the SMG team. Walker Evans Racing will play a large part in the program providing support alongside wheels & shocks while new 32” Tensor DS race tires will keep the RZR tracking through the southwest desert race courses. PCI Race Radios has handled the setup of communications and tracking for SMG. Another fellow Polaris RZR racer, John Melvin of JM Collision, has given the team a premium look with his high-quality paint and body work. ProLineWraps.com has taken on the graphics duty for the SMG program ensuring the vehicles look fresh for each and every race while representing the teams sponsors. Six Speed, UTVUnderground.com & Mad Media are also official partners and act as design, merchandising, content and promotions management for SMG. 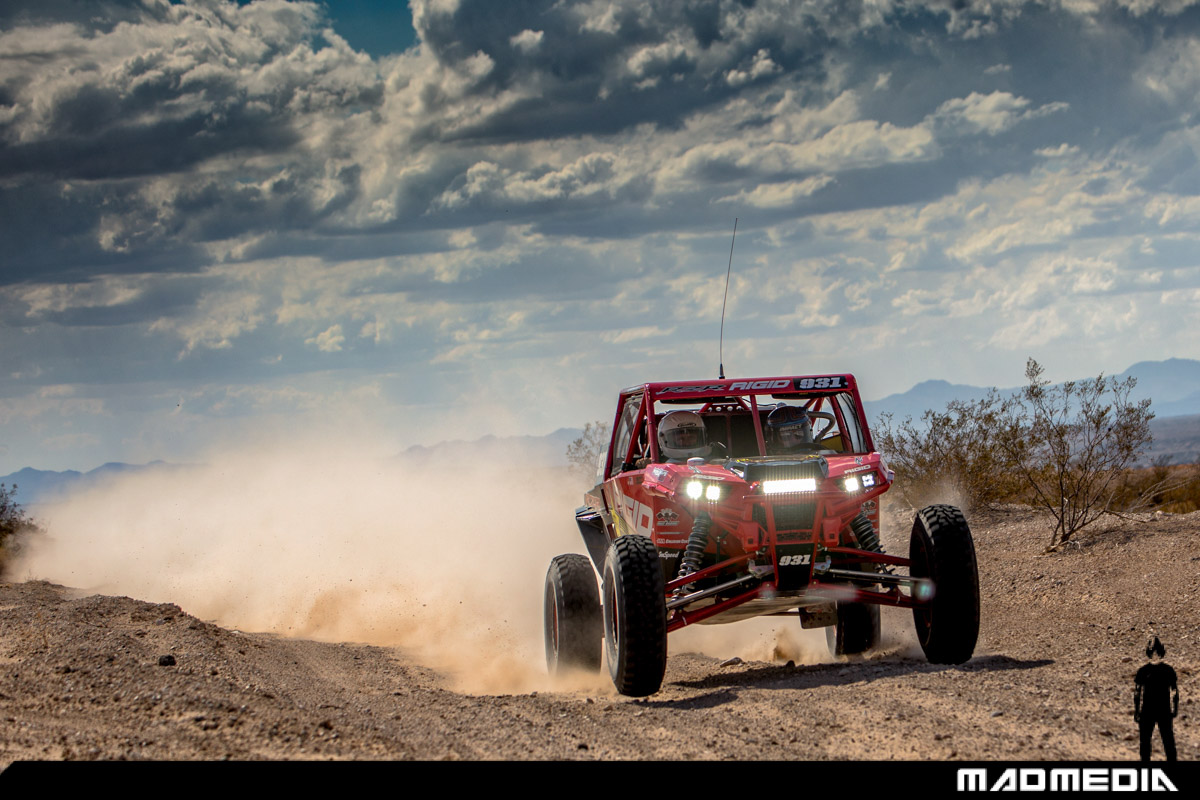 “I have worked for years to make sure I am always surrounded by the best both professionally and in racing. The SMG team I feel is not only a professional race team done right, it is also a close knit family. Almost every sponsor and partner has had some level of involvement with me over the years either as fellow racers, friends or sponsors. When we set out to build this team we did it with the goal of building a family, a team that truly meshes and shares the same goal of not just winning but having a great time while doing something we all love and enjoy. Quality product and support is important, but friendship, loyalty and camaraderie is really what I love about off-road, that is what I wanted when building my own team,” stated Craig Scanlon, Owner / Driver Scanlon Motorsports Group.

You can catch the team in its first race this weekend at the 2016 BITD Bluewater Desert Challenge Presented by Polaris RZR in Parker, AZ. The RIGID Industries / Rockstar Energy / Polaris RZR will also compete at the BITD Pahrump 250 in December and will race these final two rounds of the 2016 BITD season in the Pro UNLIMITED class. The team intends on competing for an overall victory in both races but recognizes these final rounds as full speed preparation for the 2017 season which will see SMG racing in the complete BITD schedule as well as the SCORE Baja 500 & Baja 1000.

“Owning and driving for my own team is a bucket list goal of mine and there is no way it would have happened without the support of many of my friends and partners. I owe a lot to guys like Jason Difuccia and the team at Polaris RZR, Taylor Anderson & Brian Godfrey at Rigid Industries, Jordan Cochrum at Rockstar Energy, Randy Anderson at Walker Evans Racing, Tom Cusciotta at Six Speed, Joey DiGiovanni at UTVUnderground.com, Johnny Angal at UTV Inc., John Melvin of JM Collision, and of course my loving family. I also want to thank Keith, Alan, James, Robby, and the entire SMG crew as well as their families for not even hesitating to commit to being a part of this program. Lastly, I want to extend a very heartfelt thank you to the entire Jagged X racing team. Bill & Brandon Schueler, Blake Van De Loo, their wives and friends, for all of their years of friendship, knowledge and support. It is fair to say that without them I would not be racing today and beyond that I wouldn’t have all the great memories and experiences that we all share together,” stated Craig Scanlon, Owner / Driver Scanlon Motorsports Group.