Join us at The 2016 Mint 400 March 9th-13th in Las Vegas, NV
Put your brand in front of thousands of off-road enthusiasts! 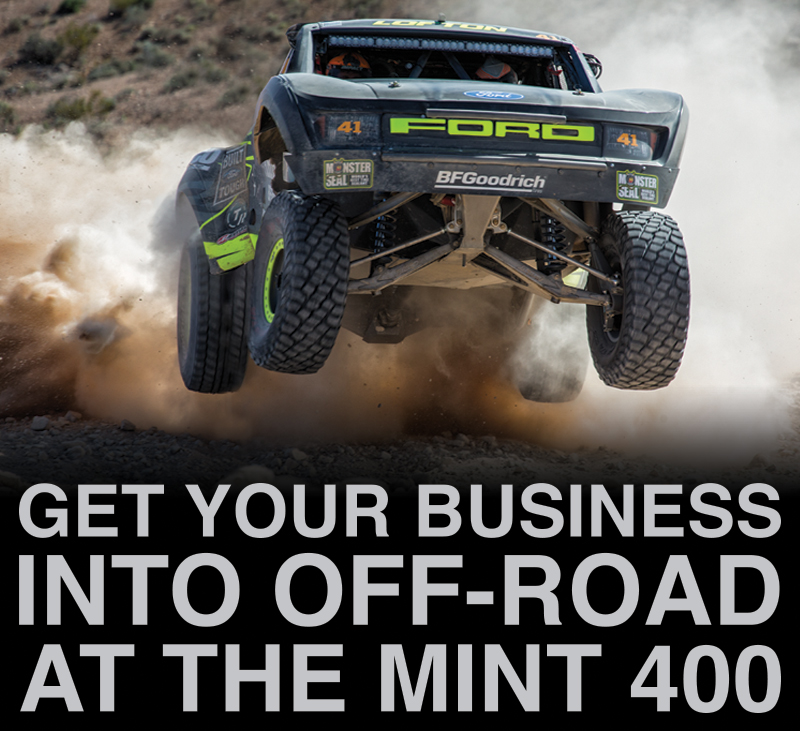 Every year, The Mint 400 continues to grow as an example of the best event in off-road racing, putting 330 race teams in front of massive crowds of spectators and capping it off with the best 2 hour off-road television show for six consecutive years. The reach of The Mint 400’s social media platform is unprecedented and Mint 400 advertising in traditional mediums like billboards, television commercials and radio facilitates expansion beyond our own niche.

Join us at The 2016 Polaris RZR Mint 400 presented by BFGoodrich Tires March 9th-13th and get your brand into off-road! 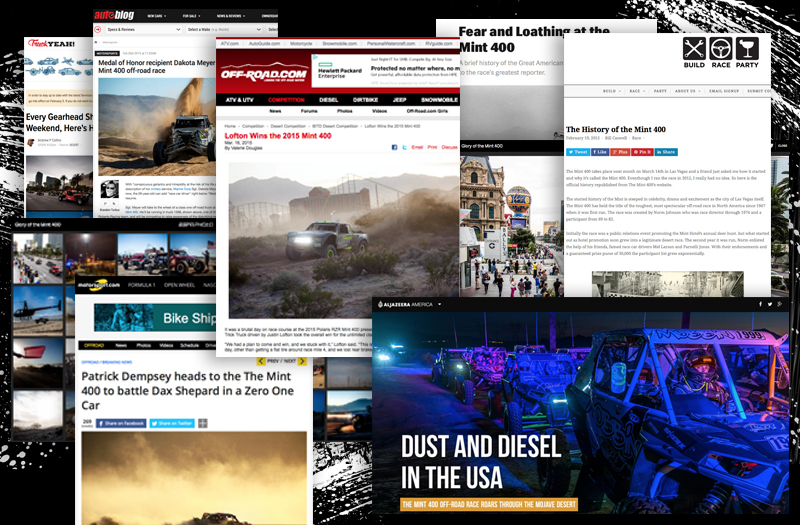 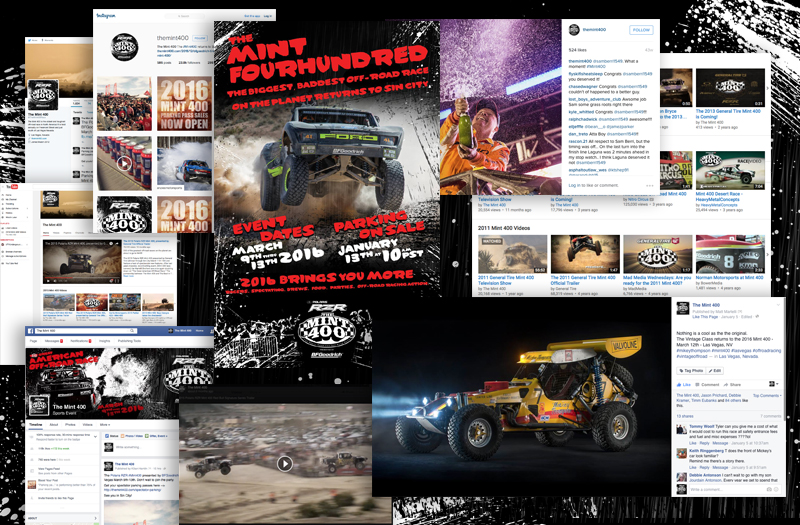 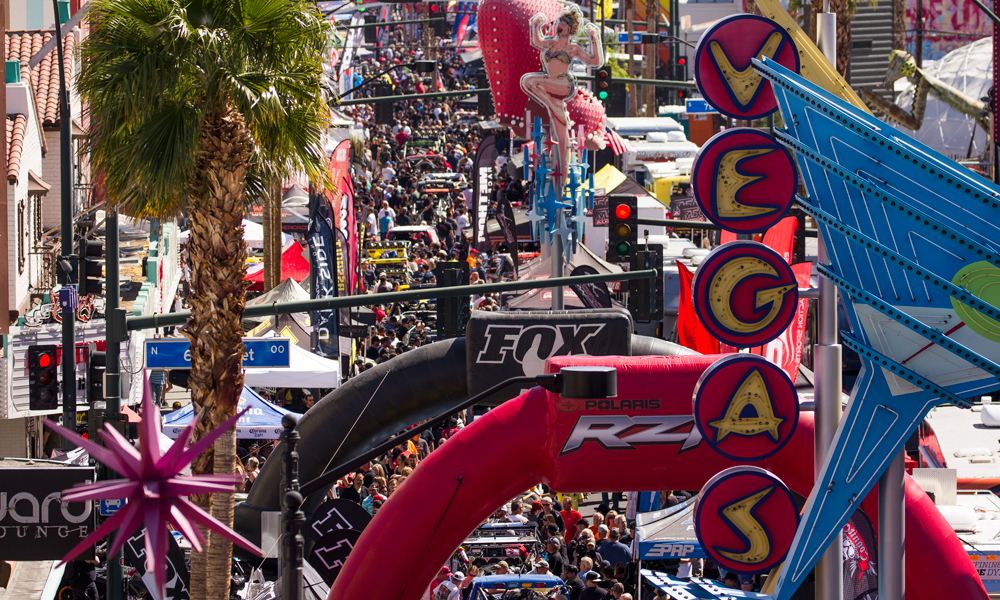