The first 4-wheel drive vehicle to win a major off-road race was a Bill Stroppe-built Ford Bronco, driven by Rod Hall at the 1969 NORRA Mexican 1000. Rod won the race overall, beating the motorcycles by nearly 10 minutes.  50 years later, the four wheel drive system has evolved into this…. This is a Geiser Brothers-built, four wheel drive Rigid Industries Unlimited Trick Truck. It’s driven by the young off-road racer Justin Matney and has ushered in a new era of off-road evolution and ingenuity. 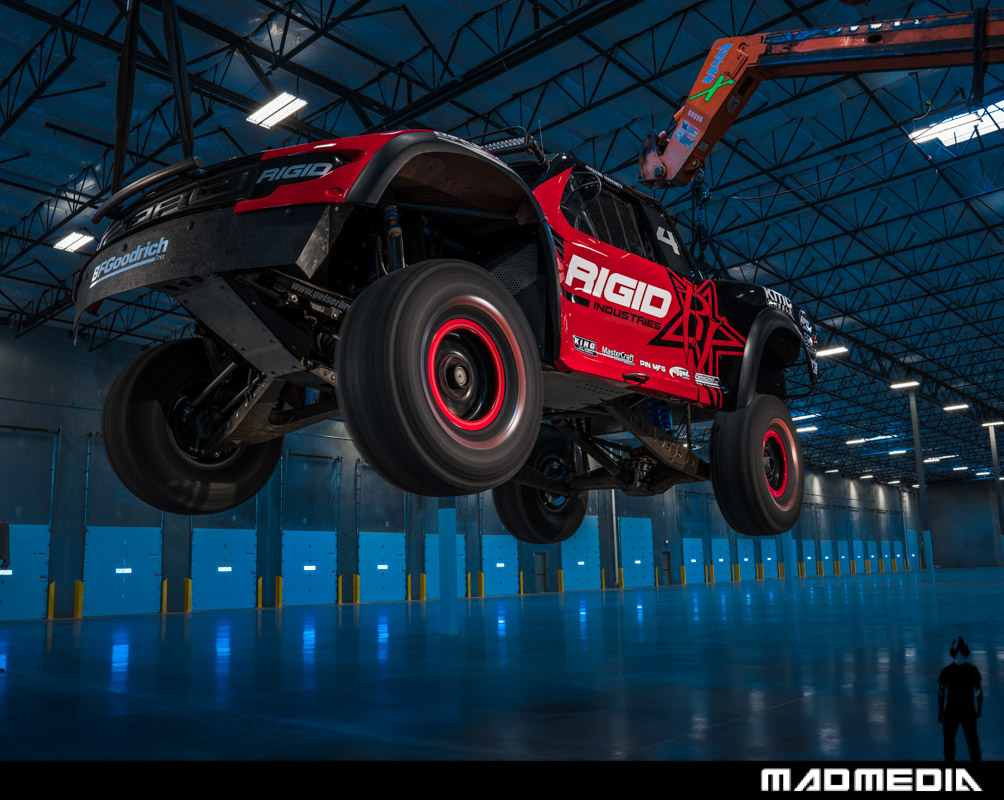 Like its two-wheel drive brethren – it is hand built from the ground up, using state of the art, computer guided machines to make every part with military precision. It features the same monster engine package as most of its competitors, with a top speed of nearly 140 miles per hour. 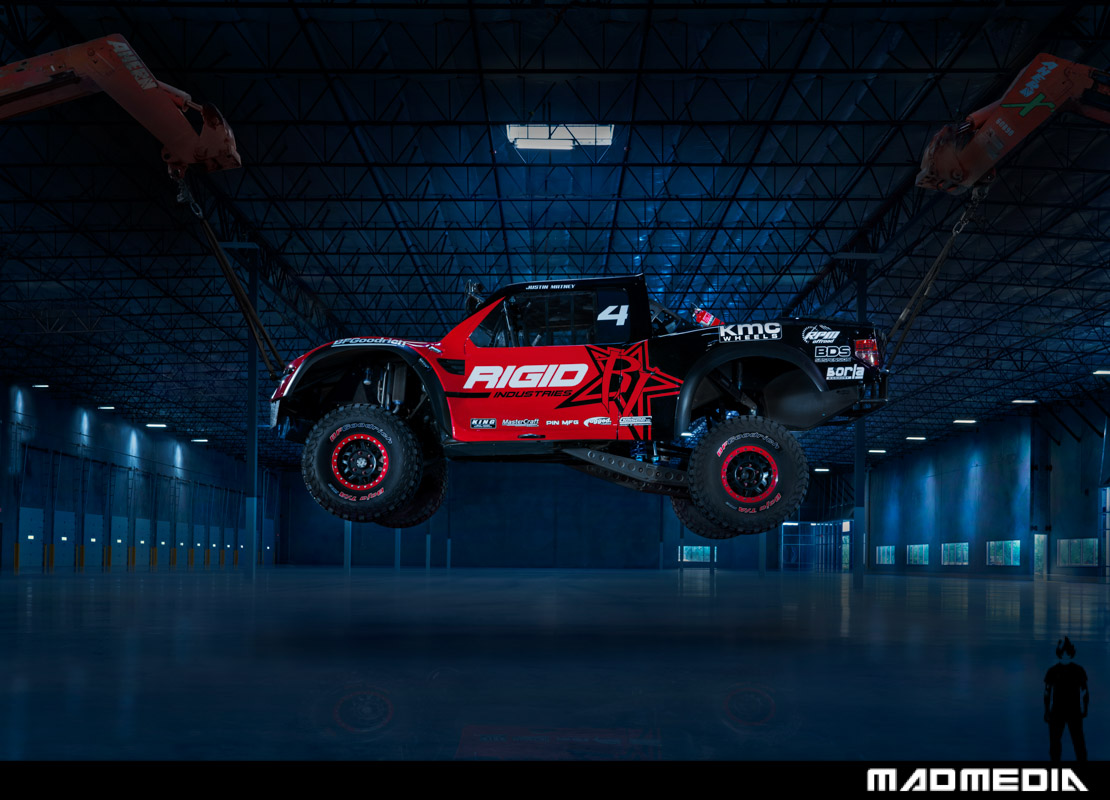 But it’s the suspensions of these vehicles that are truly remarkable. They are able to soak up and drive over three foot ruts and holes without slowing down – and it’s all because of their unique suspension design. Combining the massive shocks on these trucks with four wheel drive may prove to be the future for the sport of off-road desert racing. 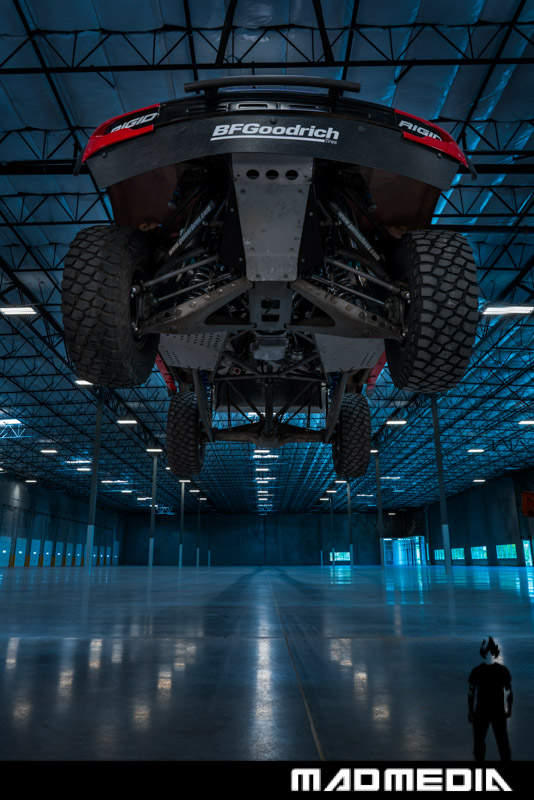 Four wheel drive has been a part of off road racing since its earliest days. But over the past twenty years as the top Unlimited trucks evolved, they became two wheel drive demons predominantly with vast amounts of rear wheel drive power.

For the last four decades manufacturers and teams alike have tried to build a four wheel drive powertrain that could take the insane abuse of desert off-road racing. It wasn’t until early in 2016 when this newly developed four wheel drive Trick Truck became the proof of concept, winning a desert race overall. It has a massive advantage in corner-to-corner acceleration and driving precision, and could change the game in off-road racing forever.