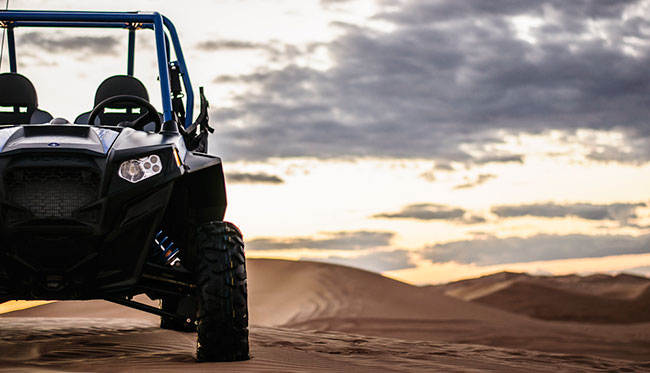 To cap off a memorable 2012, Mad Media and UTVUnderground.com partnered with Polaris Industries to host one of the largest events to ever hit the dunes of Glamis.  Historic is a term that best describes the event held in Glamis, CA over the 2012/2013 New Years holiday weekend.  An estimated 20,000 off-road enthusiasts came through “Camp RZR”.  The legendary group ride of 50+ vehicles will surely never be forgotten.  Mad Media shot both photography and video all three days and turned around edits in time to throw it up live inside Camp RZR on the biggest Dirt Theater to date.  Polaris brought out almost 50 employees and staff to host the event on the 3 acre lot adjacent to the Glamis Beach Store.  They rolled in over 30 RZR’s to be used throughout the dunes by staff and media and debuted the new Jagged X Edition XP 900.  We are thrilled to have played such a large roll in the production of the event. Camp RZR was THE place to be in Glamis. Here’s how the weekend went down!