If one thing is certain after the Imperial Valley 250, it’s that Mills Motorsports is starting to put it all together; “it” being the countless pieces to the foundation assembled during the past year. Two second place finishes in Plaster City proved that Nick and Taylor will be frontrunners in 2014. After a first, second and sixth place finish at the San Felipe 250 in Class 8 and SPEC Trophy Truck class earlier this year, Nick and Taylor Mills came to the second SCORE-International race with winning on their minds, this time with a new brand new Geiser V10 Class 1 Truggy to be piloted by Nick. SCORE’s inaugural race in Plaster City proved to be one of the most difficult in recent SCORE history. Extreme winds, heavy dust, virgin terrain and a course that doubled back on itself made navigation tricky. This wasn’t Baja racing by any means. With a second place finish in both Class 1 and SPEC Trophy Truck, Mills Motorsports are steps closer to winning a second SCORE-International Points Championship – and possibly a third points championship in Class 1.

From the beginning, the odds were stacked against the team. The morning of race day, Crew Chief Mike Kerr noticed a leaking axle housing on Nick’s #169 Truggy. Further inspection revealed broken studs holding the third member in place. Tim Sears and new parts were already on their way from Escondido, CA in the Mills Motorsports helicopter when the decision was made to replace all ten studs, as the integrity of each was compromised. 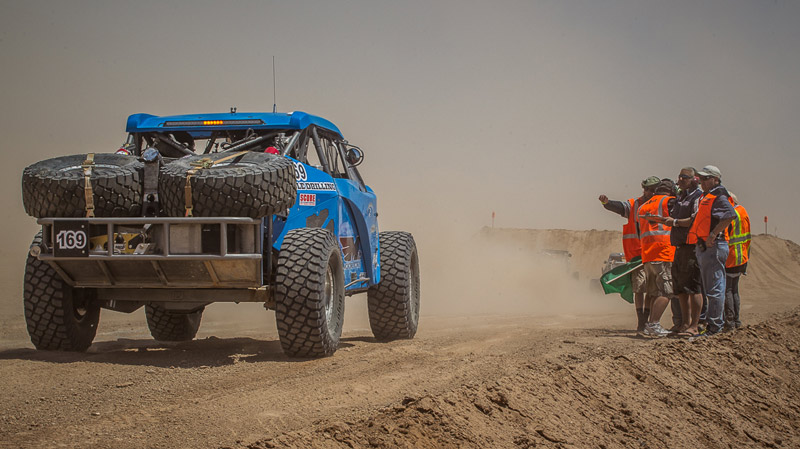 By now, staging had already begun and the Mills crew was in the middle of a complete third member swap. The team knew the battle would be hard fought after all seven Class 1 competitors had already left the line. The team finished grinding on the back end halfway in to the start of the Class 10 cars. When Nick and new navigator, Army Sniper James Jeleniowski, rocketed off the line, it was behind all seventeen Class 10 cars. But the two were relieved when Nick was finally able to release all 920 horses into the unprotected desert.

If there are still men in this world, you know where to find them. 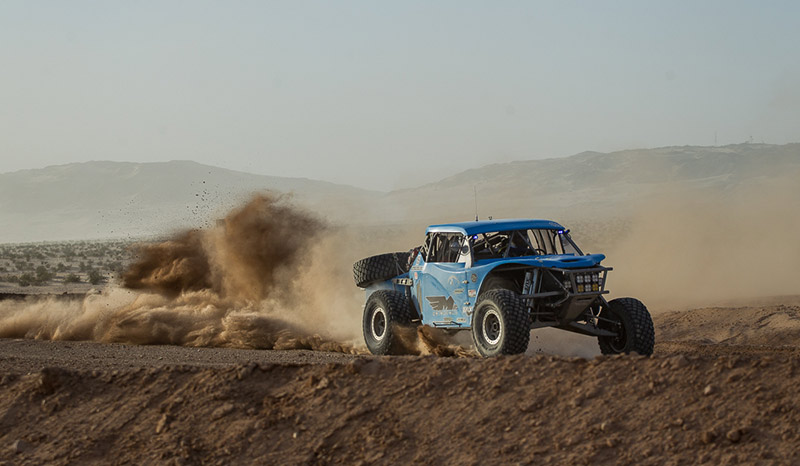 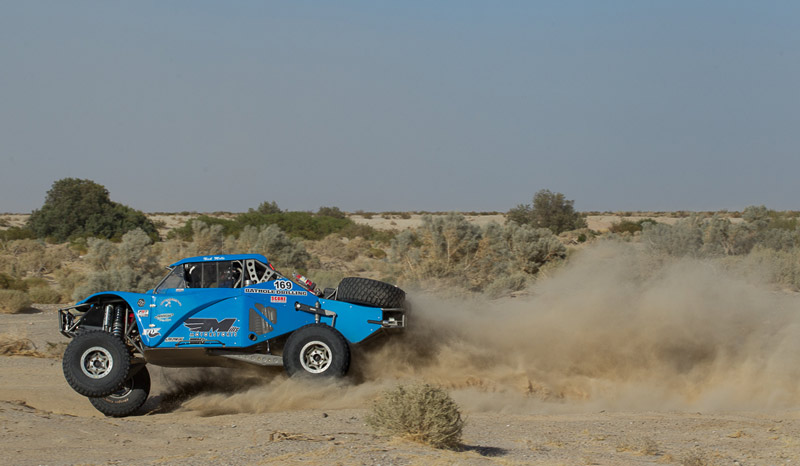 Jeleniowski proved a valuable new asset to the team, flawlessly helping Nick navigate the tricky corners and quick turns as well as keeping an inevitably hostile driver composed. By lap two, Nick had worked his way past all the Class 10 cars. On the second lap, Nick drove with unparalleled precision, passing all Class 1 cars except the leader, allowing KORE’s “Gustav” V10 motor to do the brunt of the work. After his dreadful start, Nick remarkably finished in 2nd place – and had his time on course been adjusted for his late start, he would have placed 3rd overall. 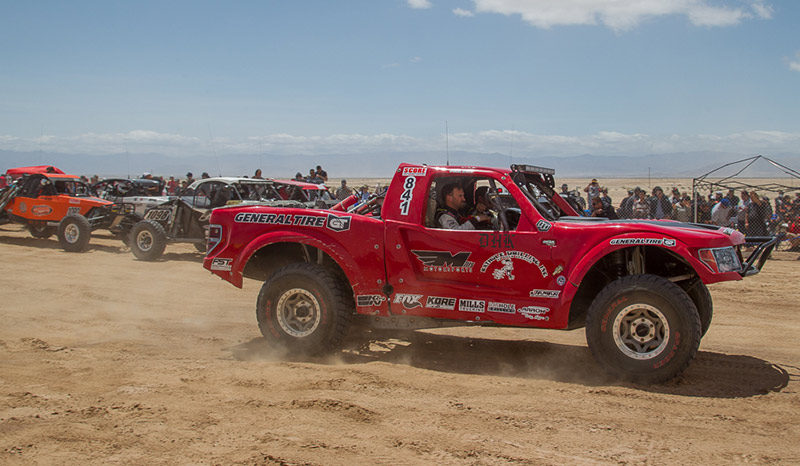 As the madness of Nick’s third member issues concluded, Taylor sat in the #841 KORE/Brenthel Industries “Big Red”, anxiously awaiting the start of the SPEC Trophy Truck class. Smoking GAP Motorsports off the line, Taylor pulled ahead of them by two truck lengths before hitting the first jump in the infield that was designed specifically for this race. Twenty miles is all it took for Taylor to control the race but Larry Conner of Team C Racing was hot on his tail. After a consistent run in the lead, Taylor was hard on the throttle when Big Red bottomed out in a hole that sent the rear sideways. Unable to regain control and steer clear of danger, the right rear tire smashed in to a telephone pole, inevitably puncturing the General Tire. Taylor and Josh hopped out and fixed the flat in four minutes but watched all eight SPEC Trophy Truck competitors pass them in the process. 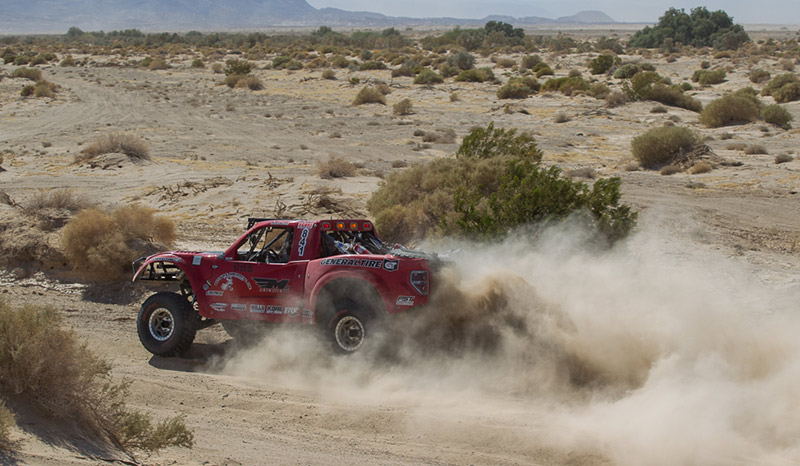 It was over the next 100 miles that Taylor’s resilience was put to the test. During that time, he began to make quick work of the competitors in front of him, one pleasant nerf at a time. Heading in to the final lap, Taylor passed everyone in the SPEC Trophy Truck class except Christian Sourapas. The turning point came with five miles left in the race when Taylor and Christian swapped paint and banged fenders, sending fiberglass flying off both trucks. Taylor came out of the confrontation ahead and made it to the finish line first but, on corrected time, finished seventeen seconds short of Sourapas. With his second place finish, Taylor now sits in first place in the overall points race. 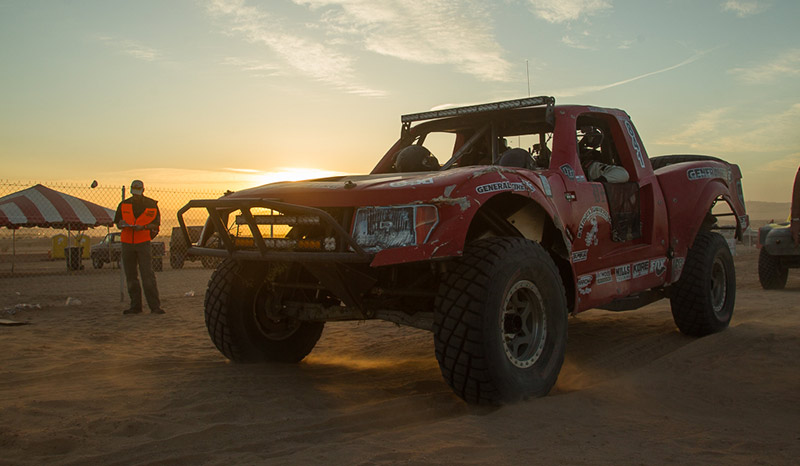 Next in line for Mills Motorsports will be the 46th running of the SCORE Baja 500 from June 5th-8th. 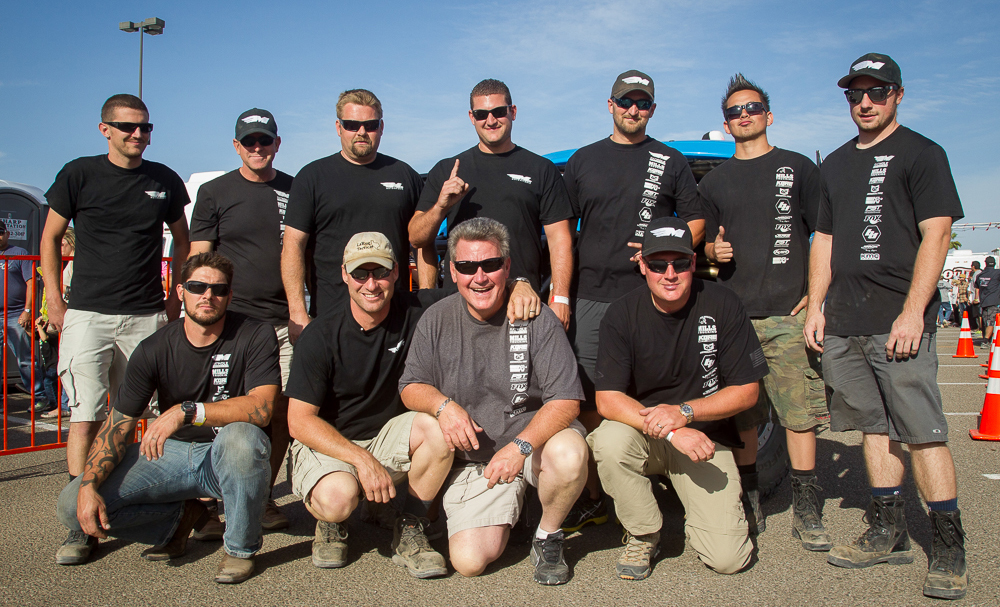 About Mills Motorsports:
Nick and Taylor Mills are motorsports champions from Corpus Christi, Texas. From high-powered offshore race boats to the deserts of Mexico, the Mills Brothers leave nothing on the table. With the 2012 SCORE Spec Trophy Truck and Baja 1000 Championship under their belts, the Mills brothers plan to dominate the landscape of off road racing.