The XP1K project was announced a week ago in conjunction with the release of the 2014 Polaris RZR XP1000 off-road vehicle by Polaris Industries at their annual dealer show. The official XP1K trailer was released on XP1K.com shortly after, followed by a teaser clip that was hosted by project partner Falken Tire. Both clips highlight the unique nature of the project, and feature arresting images of both the XP1K vehicle and the unforgiving, destructive backdrop that served as the location for filming. 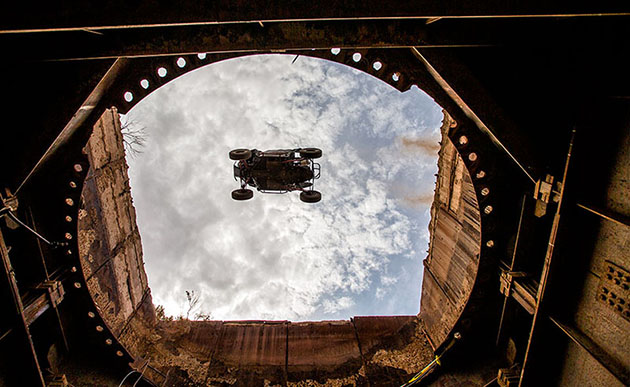 “XP1K is gnarly. We picked an abandoned iron mine in the middle of the desert and turned it into a sketchy post-apocalyptic off-road skate park. There were no road cones out there! It was all real concrete and consequences. We built the fastest, most powerful UTV on the planet. RJ got in it, and stomped everything we could come up with. Nothing in this video is fake – it’s 100% adrenaline. I don’t think people will ever look at a UTV the same way,” said XP1K co-director and Mad Media CEO Matt Martelli. 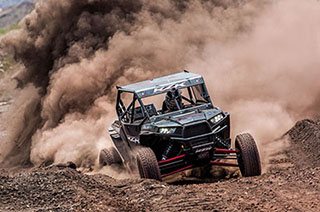 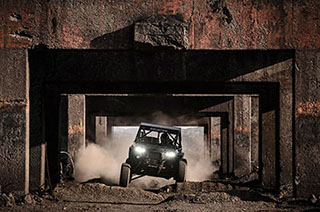 The XP1K vehicles were built by a team of off-road racing experts. Mark Holz of Holz Racing Products received two stock 2014 RZR XP1000’s from UTVUnderground.com and rebuilt them from the ground up. Randy Anderson of Walker Evans engineered and installed a custom Walker Evans suspension set-up, normally reserved for off-road race trucks. Additionally, Kevin Kroyer at Kroyer Racing Engines teamed up with MCX Turbos and produced the most powerful UTV engines ever built, specifically for the XP1K vehicles. The cars sit on custom grooved Falken Wildpeak A/T Tires and feature safety equipment from Mastercraft and Impact. They are wrapped with a custom Mad Media designed graphics package that is used throughout the campaign. Complete vehicle specs can be found at xp1k.com 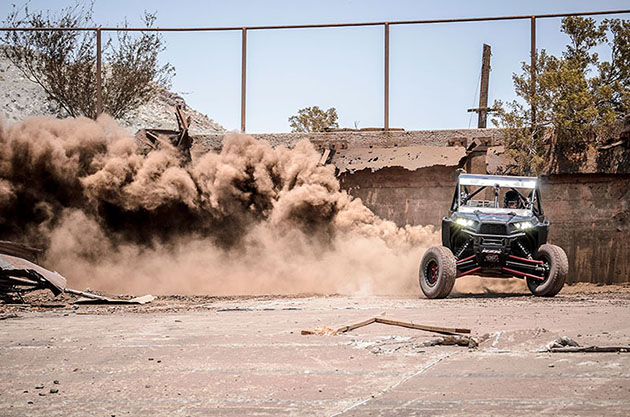 “We pulled out all the stops on XP1K – to make it as fun and authentic to watch as possible,” commented XP1K co-director and Mad Media COO Joshua Martelli. “We shot handheld, on sticks, on dollies, car to car, from helicopters…RC helicopters, used a ton of GoPro cameras – cranes, jibs, you name it… It was a lot of hard work – but the end result was worth it. This is the best off-road video we’ve seen in a long time. We’re very proud of it, and extremely grateful to RJ, Polaris, Falken, Walker, and all of our project partners for helping us make it happen.”